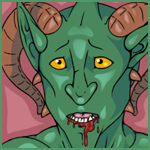 Ted is a Tantis, a reptilian biped hatched on Aliis Mundi - an alternate version of Earth from along the multiverse. The meteor that spelled an end to many of the Cretaceous period species never struck in Ted's home dimension, resulting in a vastly different evolutionary tree. Ted has been exiled to live on Simia Mundi (Human Earth). He's a hopeless romantic with a fondness for humans and cats. 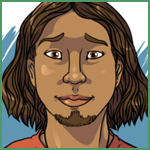 Galen befriends Ted and becomes his first (and best) human friend. Galen works as a barista but aspires to write for a living, with especially keen focus on the mystery genre. Co-runs a local tabletop gaming group. 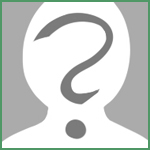 More characters will be added as they appear in the comic!
@TedTheDemon on Twitter


Friends, Roman, Countrymen, lend me your butts-- er, ears... uhm.
Right, anyway, if it wasn't already apparent over this past month, Ted is currently on an every-other-week update schedule.
I sort of started the comic, went to a couple conventions (Anthrocon to sell art, NYCC to learn and network), acquired a second part-time job (Barista! Galen is, incidentally, also a barista, but I wrote that years before I ever incidentally became a barista myself, so that's amusing), moved, and in the process of all that got behind on my commission workload. The barista job is necessary to survive, as the time working on this comic took away from my commissions, and now I'm getting more hours there which greatly aids in said survival but also renders it impossible to both update this comic weekly and get caught up on said commissions. It's a big messy cycle. Either days needs more hours, or someone needs to eliminate all debt Mr. Robot style and make my student loans disappear. I'll accept either.
So! For now, I've resigned to a slower update schedule for Ted until I clear out my commission art queue. I'm a bit frustrated by this because I want to get to the meat of the story faster, but on the upside, once I put all my owed art behind me, I will feel secure in launching a Patreon for this comic that will someday enable me to make even more than one page each week! That's the plan.
If you're continuing to keep up with this comic, thanks so much for doing so! It means the world to me.


Learning, ads are up, and other updates. Wednesday, September 2 2015 - Anya Ewing


Hello beautiful creatures! I hope you are enjoying the story so far. You're finally getting to learn a bit of Ted's backstory, and I've learned... well, so, so many things. Mostly that comics are an extremely time consuming medium, but worth every hour of effort. Through taking my own photo references to work from, and the advice and insight of friends, I've stumbled across an understanding of field of view. Thereafter, I taught myself how to use Sketchup to improve the perspective of my scenery. I've also changed my approach to the coloring style since the opening pages - some colored background lineart, a lot more gradients, less highlights, more relaxed lettering. Digitally I'm still most comfortable with loose painting styles, so everything about this endeavor has been extremely educational, and I'm really glad to be attempting it. If ever you have constructive critique to offer regarding pages as I post them, please don't hesitate to contact me and let me know!
Jon and I have made a few changes to the site. By popular request, clicking on any given page now navigates to the next page. Hopefully this will grant the comic a degree of mobile accessibly the fiddly little "next" button lacked. Additionally, we finally have ads up on the site, courtesy of Google Adsense! I think these are randomly generated based on both the site's content and your personal Google history, but if anything untoward appears, feel free to let us know and we'll see what can be done to filter content. If anything genuinely strikes you interest, feel free to check it out. :)
Thanks for reading, and keeping being rad! (Of course you're rad. If you're reading webcomics, you're clearly super rad. You generate so much rad that you're liable to give folks radiation poisoning.)


"This must be Thursday," said Arthur to himself, sinking low over his beer. "I never could get the hang of Thursdays."
--Douglas Adams, Hitchhiker's Guide to the Galaxy
Welcome to Ted the Demon! This comic is written and drawn by some creature named Anya who, elsewhere on the internet may be known as "Chinny" or "CZGoldEdition". The functionality of this website was developed by my partner, Jon.
I'm posting the chapter one cover art plus the first four pages that follow it all together at launch, since their pacing functions as a unified character introduction, to give you a first impression of Ted. After this, the comic will update one page each week, on Thursdays. Someday in the future it may update more frequently.
This sure is a thing I decided to do. I hope your eyeballs will join me on this Call to Adventure by returning each Thursday. You can also add the comic to your RSS feed by using that third social icon up top, if you so desire.